What Are The Major Currency Pairs in Forex?

What is a Currency Pair in Forex?

currency pair – once currency quoted against another, the ‘quotation’ of two currencies in forex trading

A currency pair is simply the way to both price and display the value of one currency against another, to be used in order to make a trade.

Currency pairs are usually shown as two currency names, both abbreviated, separated by a slash.

How do Currency Pairs Work in Forex?

How Many Forex Currency Pairs Are There?

There are about 180 foreign currencies in the world – this means there are a vast amount of currency pairs that you could (technically) trade.

However, most brokers allow access to about 40-70 currency pairs.

Why only this many currency pairs?

Although there are numerous currencies and currency pairs out there in forex that you can trade, no broker will provide you access to all of them – most of them are not traded anyways.

The six major currency pairs in forex make up the majority of trades performed in the market.

In other words, most currencies and currency pairs are never traded by most forex traders – you will likely be limited to a select few.

The big currencies traded in forex are ones that stem from strong economies, so they have high liquidity.

Forex trading is all about making money, so smaller currencies are very much ignored.

Let’s look at some of the currencies that you will come across in your forex trading career.

There are a total of six ‘major currencies‘ in forex – let’s take a look at each one. 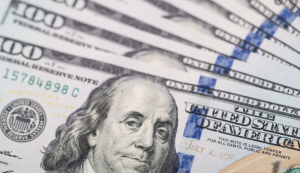 The US dollar is certainly the most dominant currency in the entire foreign exchange market, acting as a ‘universal currency’ for most of the pairs traded in forex. Most currencies are quoted in US Dollar terms.

Making up just about 86% of all forex market transactions, the US dollar is used to describe the prices of most commodities (such as metals, oils, etc.)

Because of this, the supply and demand of those commodities and any fluctuations of their prices have a direct impact on the US dollar value.

During the 2008 financial crisis, the price of oil collapsed, so the EUR/USD reached 1.60.

Investors tend to move towards the US Dollar when the economy is deteriorating, so this currency is well-know to be a ‘safe haven’ currency. 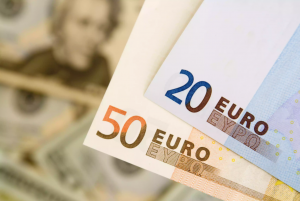 The Euro, accounting for nearly 37% of all transactions in forex, is used by 18 countries who are members of the European Union.

Well-established economies, such as Germany and France, are one of the main factors that have an influence on Euro prices. The price of the Euro depends on major European countries Consumer Price Inflation (CPI), the unemployment rates, the exports data, and the European Central Bank.

As you can see by the name, the Euro is the common currency of countries in Europe – what restricts the Euro from being as dominant as the US Dollar is the fact that Europe has so many countries and not all of their economies perform as well as others.

When economic issues arise, leaders in Europe have difficulty finding solutions that will benefit both their strongest and weakest countries.

Since Japan is largely an economy based on industrial exports, the Japanese Yen is considered to be a safe-haven currency for traders and investors when risk aversion is hitting the market.

Since Japan is such an export-oriented economy, the central bank tries to weaken the value of this currency.

The risks related to the Japanese Yen have to do with this persistent devaluation of the value of this currency thanks to the country’s central bank. 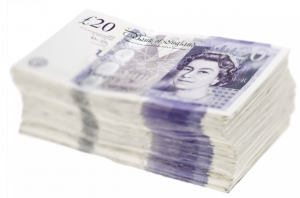 The British Pound is the official currency of the UK.

The fourth most commonly traded currency in the world, the British Pound had a similar dominance to the US Dollar on the forex market until the end of the Second World War.

This currency is traded heavily against both the US Dollar and the Euro but has much less of a presence against other currencies.

Today, the British Pound accounts for just about 17% of all forex market transactions; however, it may come as a surprise that London is actually considered to be the global hub for the forex market, and it is recorded that about 34% of all transactions of the foreign exchange markets pass through the city of London.

If the European Union is having issues, many forex traders end up using the British Pound instead of the Euro. 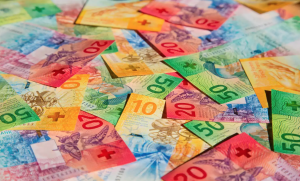 This currency is Switzerland’s, and the most common currency pair traded involving the Swiss Franc is the CHF/EUR.

The Swiss Franc is actually the only major European country’s currency that does not belong to either the G-7 countries or the European Union.

Switzerland’s economy is relatively small compared to those of the other major currencies, however, thanks to the power of the Swiss economy and the countries finances, the Swiss Franc is the fourth most traded currency in the forex markets.

During any periods of risk aversion, the Swiss Franc is widely considered to be a safe-haven currency; this is because of Switzerland’s economy and the countries foreign reserves of gold, which all help to increase the currencies credibility.

The value of the Swiss Franc depends largely on central bank policy – this currency has a tendency to be quite volatile, especially compared to the other major currencies, which is because it lacks liquidity. 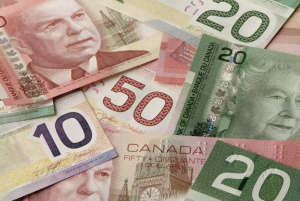 Canada’s currency is a commodity-driven currency; this is so because Canada’s economy is very export-oriented, mostly crude oil.

So, the value of the Canadian Dollar is largely influenced by the prices of oil.

The Canadian Dollar is deemed attractive to forex traders and financiers thanks to the countries progress in tech and the national economic growth.

Now that you are familiar with the big currencies in forex trading, let’s look at the seven major currency pairs.

These are the most traded currency pairs in the entirety of the forex markets and are referred to as the Majors.

These Majors include the currencies listed previously, as well as others. They all include the US Dollar.

The major currency pairs in forex are:

They make up the biggest share in the forex market, about 85% of it, and have very high market liquidity.

What are the Best Currency Pairs to Trade in Forex?

This is much too broad of a question since the currency pairs that you should trade relies heavily on what the markets are like, global economic news, national economic stability, etc.

If you are unfamiliar with these terms and how they affect forex trading, then you should learn how forex works before you start trading currency pairs.

Knowing the major currency pairs and other definition will definitely help in mastering the art of forex trading, although in the grand scheme of things, in order to make money you need to actually learn how profitable trades are made.

It’s a sad fact that most forex traders fail – it’s just how it is. 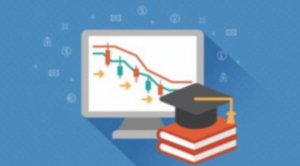 If you are new to forex trading, then you need to learn exactly how to understand the forex charts and how to extract profits from market volatility.

If you are ready to educate yourself on how big trades are made, make sure to head over to our Forex Mentor Pro Review.

Other than that, if you haven’t already, grab you Free Forex Trading Fortunes PDF –  get your copy sent straight to your email below.

What is a Currency Pair in Forex?

A currency pair is simply the way to both price and display the value of one currency against another, to be used in order to make a trade.

I’m a full-time forex trader, happily making money from the comfort of my own home.

I help others find financial freedom and success with forex trading.