What is NFP in Forex Trading? | NFP Explained

What is NFP in Forex Trading?

So, are you of the many beginner forex traders who are asking “What is NFP in Forex Trading?”

This is a largely misunderstood topic that is also a very worthwhile one to investigate. 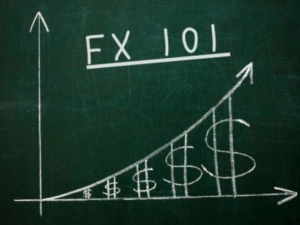 If you trade forex long enough, you are going to want to know what NFP is in forex trading.

NFP in forex trading is a very commonly used term that refers to a special period of time in the forex markets.

During this time, the markets are of the most volatile as they will be all year. The markets will typically make giant moves upon the release of this data during NFP.

Why does NFP matter, and what is it?

Read on to learn why NFP in forex is so important, and how understanding how to trade during the NFP week in forex can be one of the best decisions you will ever make. Hint: NFP trading can be one of the most lucrative weeks of the year for forex traders.

What does NFP stand for in forex?

From the words of Nasdaq, the release of non-farm payroll figures (NFP) is the most highly anticipated event in the entire US economic calendar.

NFP is the release of changes in employment figures inside the United States of America, which obviously has an effect on the markets related to currency trading.

This NFP figure, released monthly by the US Bureau of Labor Statistics, provides a glimpse of how the US economy is currently performing, which in turn has a direct influence on policymakers’ decision making.

NFP (non-farm payrolls) is called such because it is the total number of jobs added in the US economy except government, farm, non-profit and private household employees (farm and agricultural jobs are mostly seasonal, so including these jobs could result in non-accurate labor reporting).

The non-farm payrolls are a major indicator of the US economy, and forex traders use the economic calendar in order to help prepare them for properly predicting how the markets will change after the NDP figures are released.

So, when this information is released by the department, the markets will often shift drastically, meaning forex traders can then make bank simply by entering the right positions.

Due to the high volatility of the forex markets during this time, NFP in forex trading can mean either big profits or big losses.

This is why it’s so valuable to fully understand NFP in forex and how it all works, so that you, as a trader, can be on the right side of these massive market shifts during this time.

What’s included in the NFP reports

In addition to unemployment and job rates, there are some other data included in the NFP reports.

This other data includes:

All of this data will affect the forex markets.

Why does NFP affect Forex trading?

The NFP data is released monthly and is an accurate representation of the current economic state of the USA.

Employment rates, as it relates to forex, are big indicators in the eyes of the Federal Reserve Bank. When unemployment rates are high, those in charge of policy enforce low-interest rates in order to stimulate the economy.

When the policy makers attempt to stimulate the economy due to high unemployment rates with lower interest rates, this, in turn, reduces the demand for USD dollar.

The reduced demand for USD is because money will always be spent on high yielding currencies.

You don’t have to grasp all of this fully, at least not yet.

So, if the US economy is booming and unemployment rates are low, the USD will be in demand!

Curious to see exactly how much the NFP figures can really affect the forex markets?

Check out how much the Dollar Index (DXY) changed after the NFP results were overvalued, in March 2019.

So, as you can see, it isn’t just the non-farm payroll figures themselves, but also how they live up to what the numbers were expected to be.

Jobs are essential to the livelihood of any economy. If there are more jobs, the economy is stronger, and vice versa.

This is why it can be so difficult to correctly gauge how these currency pairs will fluctuate and what positions you should open in order to make money in this volatile time in the markets.

Which currency pairs are most affected by NFP in forex?

There are certain currency pairs that are specifically affected when the non-farm payroll data is released.

Obviously, since the NFP figures are specifically related to the USA economy, it is the currency pairs involving USD that are most affected.

These are just some of the currency pairs that will be most volatile after the NDP figures are released.

It’s important to note that not only currency pairs that directly involve USD will be affected most- there are others that will also exhibit highly-volatile price changes.

Take a look at CAD/JPY after the NFP data was released in March, 2o19.

The US economy is particularly powerful and the forex markets are affected by a large number of factors.

Therefore, the NFP figures can have an influence on the forex markets entirely.

This is why so many traders take the non-farm payroll statistics so seriously- because they know it will affect their trading one way or another!

When is the NFP (Non-farm payroll) week in forex?

NFP week, meaning the week that the data is released from the U.S. Bureau of Statistics, is a regularly set time.

The NFP report is released by the Bureau on the very first Friday of each and every month, at exactly 8:30 AM EST.

So, shortly before and after this data is released, you can expect the forex markets to become extremely volatile.

Here are all of the NFP forex release dates in the year 2020, calendar taken from IG.com.

How To Trade When NFP Data is Released

If you’re interested in learning how to trade forex when the NFP figures are officially released, make sure to keep reading.

Unfortunately, this type of information is quite complex and cannot be simply summed up in a single blog post.

If you want to learn more about non-farm payroll data and how you can make money based off the figures with forex trading, then you need to really put in some time to learn how the forex markets actually work.

If you are a beginner forex trader, then knowing what nfp stands for is only half the battle- you now need to take this knowledge and apply it. 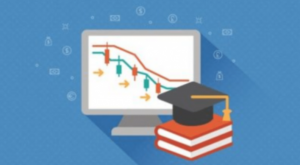 For the novice traders who want to learn how my trader friends and I clear six-figure salaries year after year solely through forex, make sure to go read about our Forex Mentor Pro Review that will teach you everything you need to know and more about forex trading.

Also, if you haven’t already, don’t miss out on our Free Forex Trading Fortunes PDF –  get your copy sent straight to your email below.

I’m a full-time forex trader, happily making money from the comfort of my own home.

I help others find financial freedom and success with forex trading.